In the year of his centenary, the work of this exceptional designer is being made accessible anew. The first critical online exhibition invites to a dialogue. 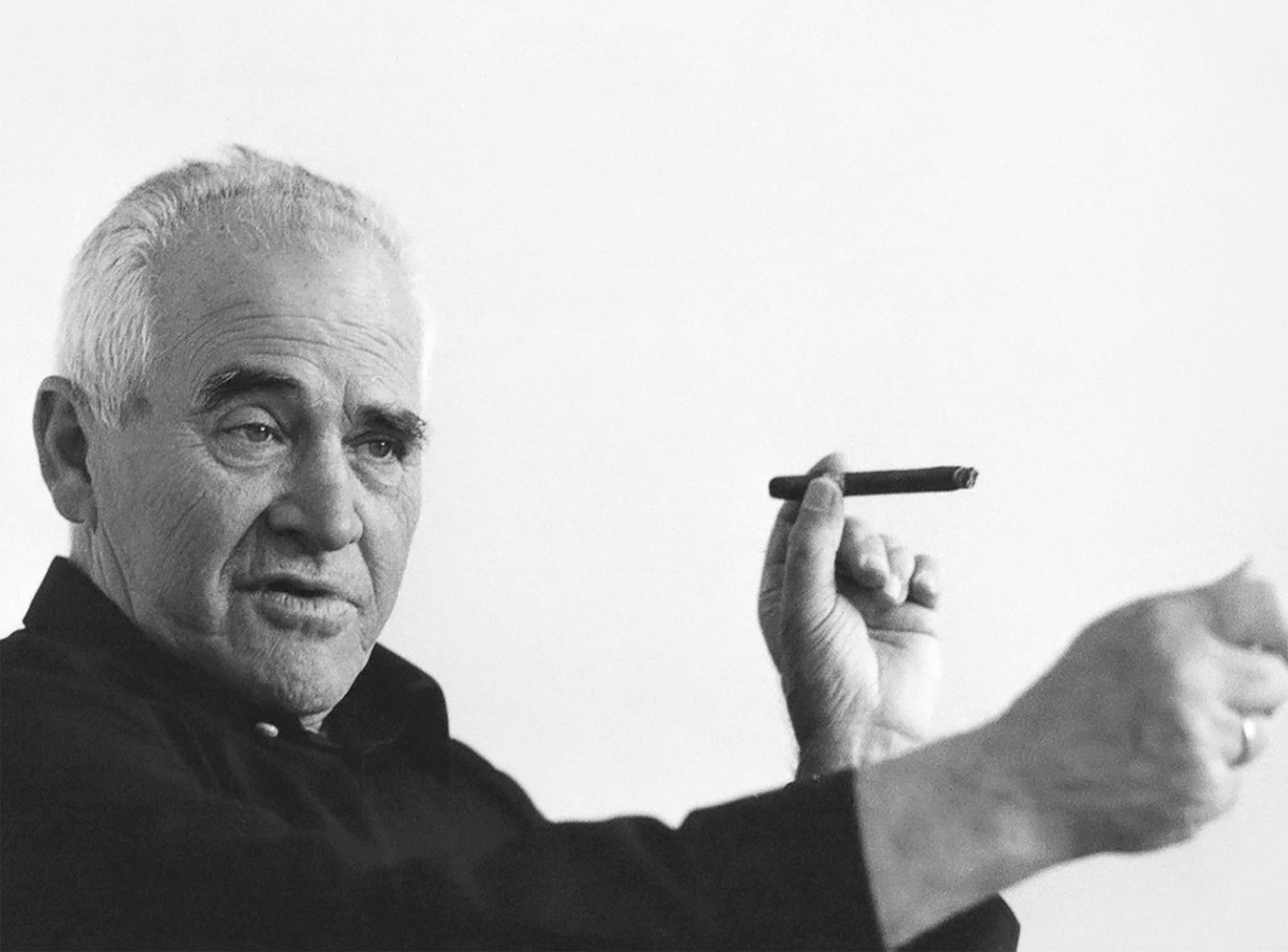 A generalist, designer in the broad sense of the word: “the draft”, he said, “is the creation of the world. A great cultural achievement. Otl Aicher spoke of “civilisation work”. Sweeping proclamations, stringency and constancy were typical characteristics of his work. And yet he often surprised with unexpected twists. The curated online platform wants to show connections, not ignore contradictions. Above all: not to separate the thinker from the doer, and the typographer from the corporate designer. It wants to provide insights into Aicher’s way of thinking and working, to make his work understandable in a comprehensive context.

Otl Aicher is considered to be one of the most influential German designers of the 20th century. Yet the job title “designer” is far too short-sighted: Aicher thought and acted universalistically in his various roles. If we look at his activities as a university founder, graphic designer, typographer, management consultant, sculptor, philosopher and author as a whole, we see that he was an intellectual who intervened in design. He always understood design in the original sense of the term “disegno” – as a comprehensive concept of the world in thinking as well as in doing.

Based on his personal experiences in Nazi Germany, Aicher developed his thinking in encounters with the circle of the Scholl siblings. After 1945, he tried to put his insights into freedom and enlightenment into practice. The Ulm Volkshochschule (vh ulm), initiated by his later wife Inge Scholl in 1946, was an early field of activity as a graphic designer.

The rational order of things

Together with Inge Aicher-Scholl and Max Bill, Aicher founded the Hochschule für Gestaltung Ulm (HfG) in 1953. Against Bill’s intentions, who saw it as the successor to the Bauhaus, Aicher focused more on design, said goodbye to art, and for a short time at least had his eye on science. In Ulm – and also in Yale and Rio de Janeiro – he taught “visual communication”, a term he had helped to coin. At the HfG, he served as a member of the rector’s council, later he become rector.

Under Aicher’s direction, graphic images were created in Ulm for companies such as Braun and Lufthansa, which are still visible today. From 1967, Aicher worked as a design commissioner for the 1972 Olympic Games in Munich. The host Germany was to present itself without a pathos: as a free, reliable partner in the community of nations from which no threat emanates. An elementary component for this image shaping was Aicher’s visual appearance, including the pictograms that are used worldwide today. His design transported and supported both sporting and programmatic content. The year of Aicher’s birth marks the 50th anniversary of the opening of the 1972 Olympic Games.

Aicher was concerned with a rational order of things and rule-oriented design in the making. Freedom and order are not opposed to each other. Not without reason was he once described as an “anarchist with a sense of order”.

Internet presence and events are intended to do justice to the “thinker on the object”, as he characterised himself, the man who always intensively reflected and justified action. Excursions into philosophy, politics or architecture accompanied the development of his work. His fundamental ideas of a designed world are still reflected in his standardized images, posters, book designs and pictograms. And yet Otl Aicher’s work and ideas are often in a state of tension.

Aicher’s endeavour to define binding rules, valid methods, contrasts with an open-ended search and entails ruptures that give rise to a special vitality. The project “otl aicher 100” does not want to deny contradictions, to relate aspects of the work to each other, furthermore to serve as an entry point for the purposeful examination of individual works. The diversity and interdisciplinarity of the oeuvre promises to increase knowledge. In the anniversary year, the internet presence will be flanked by physical events, which will also be virtually accessible as a stream.

The initiators of the project are Florian Aicher and Kai Gehrmann. The project is supported by the IDZ Internationales Design Zentrum Berlin e. V. The professional and didactic quality is guaranteed by an editorial team with proven knowledge of Aicher’s person and work.