Inge Aicher-Scholl preserved the legacy of the White Rose 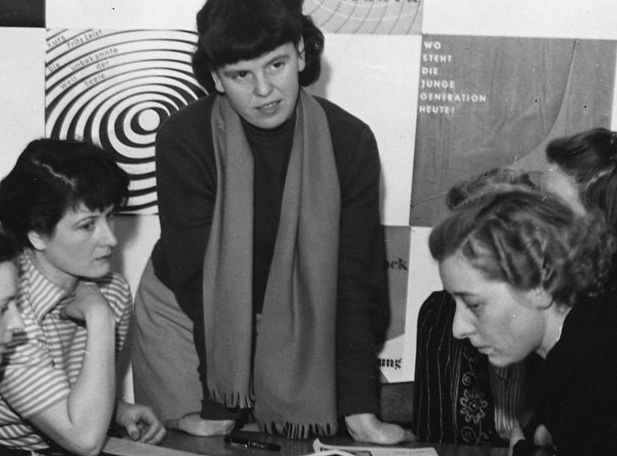 Under the motto "Interference desired," Inge Aicher-Scholl and the Ulm Adult Education Center (vh) focused early on involvement in the social life of her city. The picture shows her in class; on the wall are vh posters by Otl Aicher. Photo: © vh ulm

She launched trailblazing educational establishments that were committed to nurturing democracy in the new Federal Republic: Inge Aicher-Scholl was the founder of Ulm Adult Education Centre and co-founder of the School of Design – and much more besides. As a political activist, she was involved in the peace movement from the late 1960s on.

“The aim was to throw open the windows to the world and encourage the individual to think and judge for themselves, to take shared responsibility for society as a whole,” wrote the founder of Ulm Adult Education Centre of its mission.1 For decades, Inge Aicher-Scholl (1917-1998) shaped postwar Germany’s remembrance of the White Rose resistance group, and especially of her siblings Hans and Sophie Scholl, who were executed in 1943.

It was “in the spirit of those murdered” that, together with her future husband Otl Aicher, she founded Ulm Adult Education Centre in 1946 (vh Ulm) and the School of Design (HfG Ulm) in 1953. She headed vh Ulm until 1974. With both institutions, she founded trailblazing educational establishments that felt a strong commitment to the resistance against the Nazi regime and the nurturing of democracy in the new Federal Republic, as well as setting new standards in terms of emancipation. As a political activist, she was particularly dedicated to the campaign against nuclear armament in the 1950s and the peace movement of the 1980s. 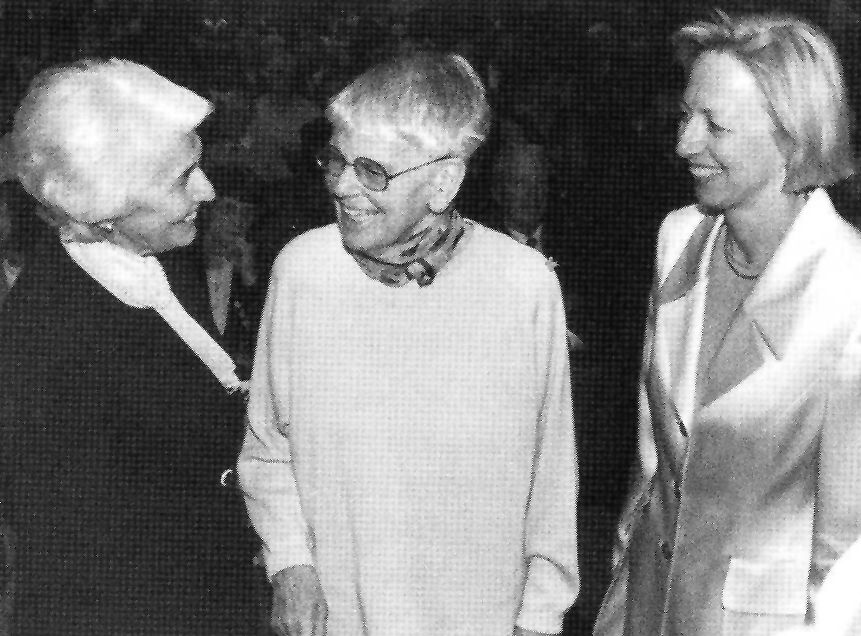 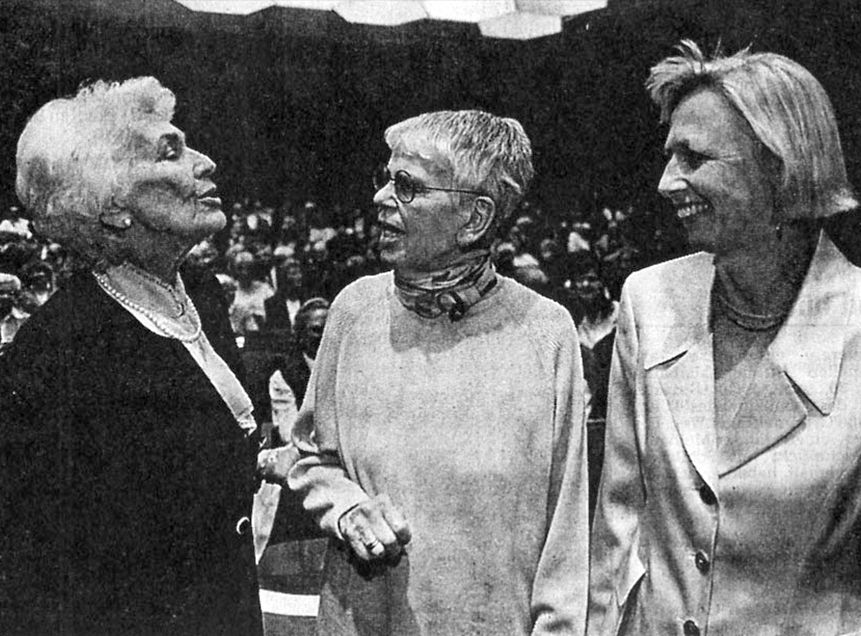 Siblings in the resistance

In 1932, Inge Scholl and her family moved from Hohenlohe to Ulm. She was 15 at the time. Her father Robert opened an office for tax and accounting services, where Inge worked from 1934 on after finishing secondary school. Inge had four younger siblings: Hans, Elisabeth, Sophie and Werner. Their mother Magdalene, who had been a Protestant deaconess before getting married, ran a tolerant, happy family home.

All the Scholl siblings soon held leading positions in the Hitler Youth and the League of German Girls. Unlike their father Robert, they identified with the Nazi ideology. From 1936, Inge Scholl held one of the top ranks in the Young Girls League and was responsible for 600 girls.

However, from 1936/37, the Scholl siblings began to distance themselves from the Nazi youth organisations. In 1937, Inge, Hans and Werner felt the consequences when they were arrested for what the regime called “subversive youth movement activities”. Inge and Werner were released again quickly. But their break with the Nazi state was complete. From then on, instead of the Führer and the League, Inge aligned herself with the youth movement outside the regime and the liberal, Christian values of her father. She also began to take a growing interest in contemporary art and literature.

In the early 1940s, Inge was the only one of the siblings still living with their parents in Ulm. It was during this period that Otl Aicher, a classmate of her brother Werner, began to become important to her. Under his influence, she increasingly turned towards Catholicism. Questions of faith became central to her life. And when tragedy struck in the years to come, her faith was a great comfort to her.

On 18 February 1943, Hans and Sophie Scholl were observed distributing White Rose leaflets in the atrium at the University of Munich. They were arrested immediately. On 22 February their parents travelled to Munich for the trial, which ended with the death sentence. Inge wanted to visit her siblings on 23 February, but when she arrived at the Palace of Justice she was told that Hans and Sophie had already been executed. On 25 February, one day after the burial, the family was arrested in Ulm under the Nazis’ Sippenhaft directive, which punished the families of those found guilty of crimes against the state. Even at this early stage, Inge began making notes about the lives of Hans and Sophie. She wanted to record their story and their courage for future generations. She could not allow them to have died in vain. Her book Die Weiße Rose (The White Rose) was published in 1952 and placed Hans and Sophie Scholl at the centre of the Munich resistance group. The book became an international success and was translated into many languages. Until her death in 1998, Inge Aicher-Scholl successfully insisted on her sovereignty of interpretation regarding the history of the White Rose.

The Americans pinned their hopes on Inge Aicher-Scholl as a torchbearer for the young, democratic Germany’s new beginning. She even made it onto the cover of Newsweek magazine.

It was “in the spirit of those murdered” that Inge Scholl founded vh Ulm (Ulm Adult Education Centre) on 24 April 1946 – an institution that she headed from the day it opened its doors until 1974. Together with Otl Aicher, who she married in 1952, she had developed a groundbreaking concept for a school of democracy with the mission of educating responsible citizens. Thanks to her connection with the White Rose, her organisational skills and her strength of will, she was able to engage prominent politicians and intellectuals as speakers. Her motto: “Involvement welcome”. There were competitions calling on people to participate in planning Ulm’s urban development, for instance. Into the 1970s, the vh was regarded as the intellectual epicentre of the city. In 1968, the Centre moved into the newly built EinsteinHaus in the heart of Ulm, which Inge had spent a long time fighting for and only exists because of her. The EinsteinHaus became a central meeting point for the city’s youth.

In 1953, Inge Aicher-Scholl, Otl Aicher and Max Bill co-founded Ulm School of Design (HfG Ulm), the most internationally significant school of design since the Bauhaus. It was Inge Aicher-Scholl’s tireless commitment that secured the school’s funding. As chairwoman of the Scholl Foundation, she even made it onto the cover of Newsweek magazine during a fundraising tour of the US. The Americans pinned their hopes on her as a torchbearer for the young, democratic Germany’s new beginning. Learning for a free and democratic civil society was her motto – for the founding of the HfG too. The higher education experiment in Ulm lasted until 1968.The works produced by the school’s Product Design and Visual Communication departments had an enduring and profound influence on the visual identity of the Federal Republic.

But Inge Aicher-Scholl’s commitment as a civil society activist wasn’t limited to the vh and the HfG. As early as 1960, for instance, she co-founded the local branch of a charity for children with intellectual disabilities. In the 1970s she supported the founding of the Documentation Centre Oberer Kuhberg in Ulm, a place of remembrance for the concentration camp that had been operated there, and in 1987 she was among the founding members of the White Rose Foundation e.V. in Munich. She and Otl Aicher also received prominent coverage for their participation in a human chain protest against the nuclear arms build-up in Europe on 22 October 1983.

In 1972, the Aicher-Scholls had moved to the old mill in Rotis near Leutkirch in the Allgäu region of southern Germany. Their younger sons Julian and Manuel came with them, as did their eldest daughter Eva, who was born with Down’s syndrome. The twins Florian and Pia, who were born in 1954, stayed in Ulm to finish school. In 1975 Inge Aicher-Scholl, who had already lost three of her siblings (her brother Werner didn’t come back from the war), suffered another tragedy: Pia died in a car accident after a weekend in Rotis. The death of her husband Otl Aicher on 1 September 1991 from injuries sustained in an accident overshadowed the last years of Inge’s life, which she dedicated to a book about her daughter Eva and overseeing the legacy of the Scholl siblings and Otl Aicher.

In 1997, Inge Aicher-Scholl was made an honorary citizen of Ulm. She died in Leutkirch on 4 September 1998. 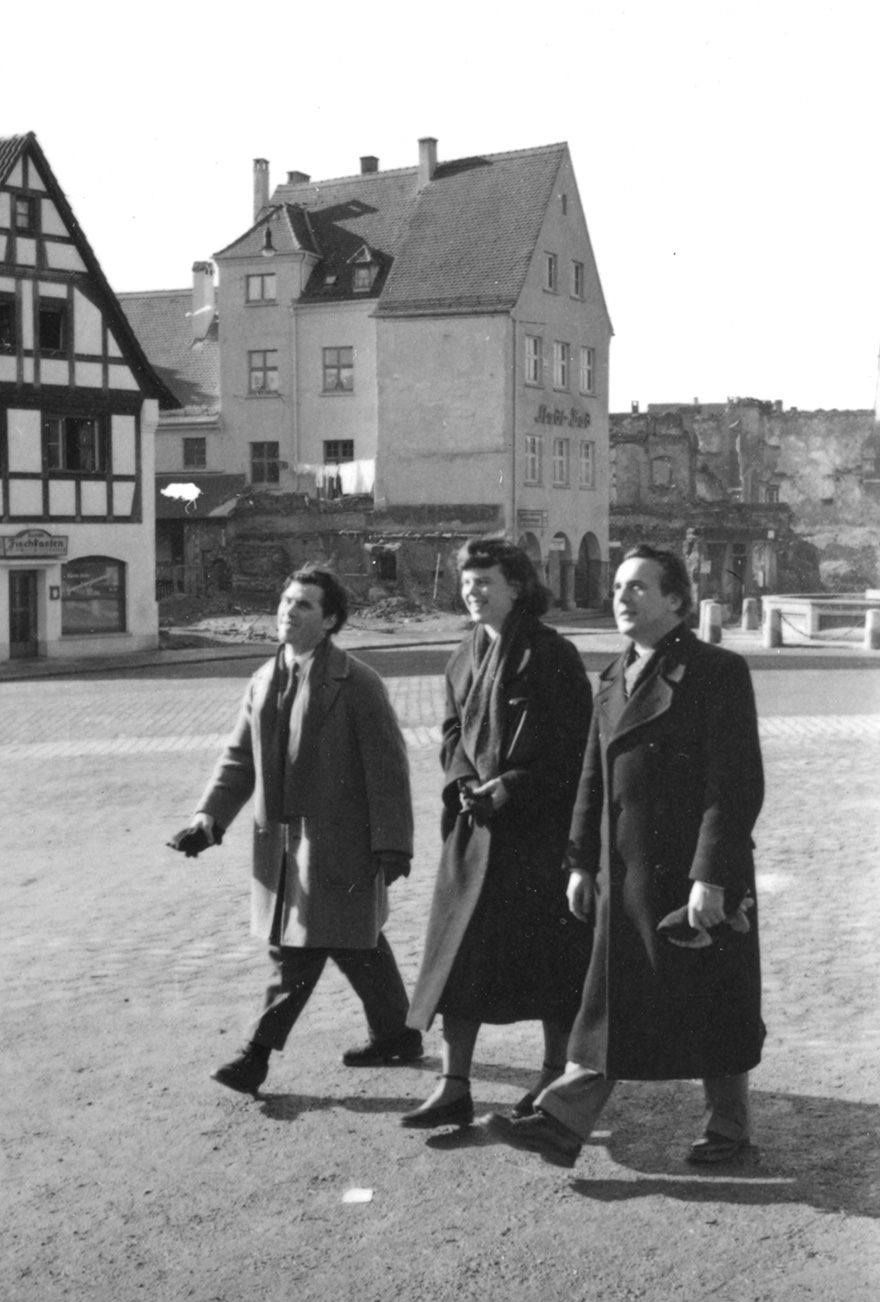 Dagmar Engels holds a PhD in education and, like Inge Aicher-Scholl before her, was head of Ulm Adult Education Centre, which has been dedicated to preserving the legacy of the White Rose resistance group since its founding. After more than 27 years as head of the Centre, Dagmar Engels retired in 2019 but continues to be active in local politics. 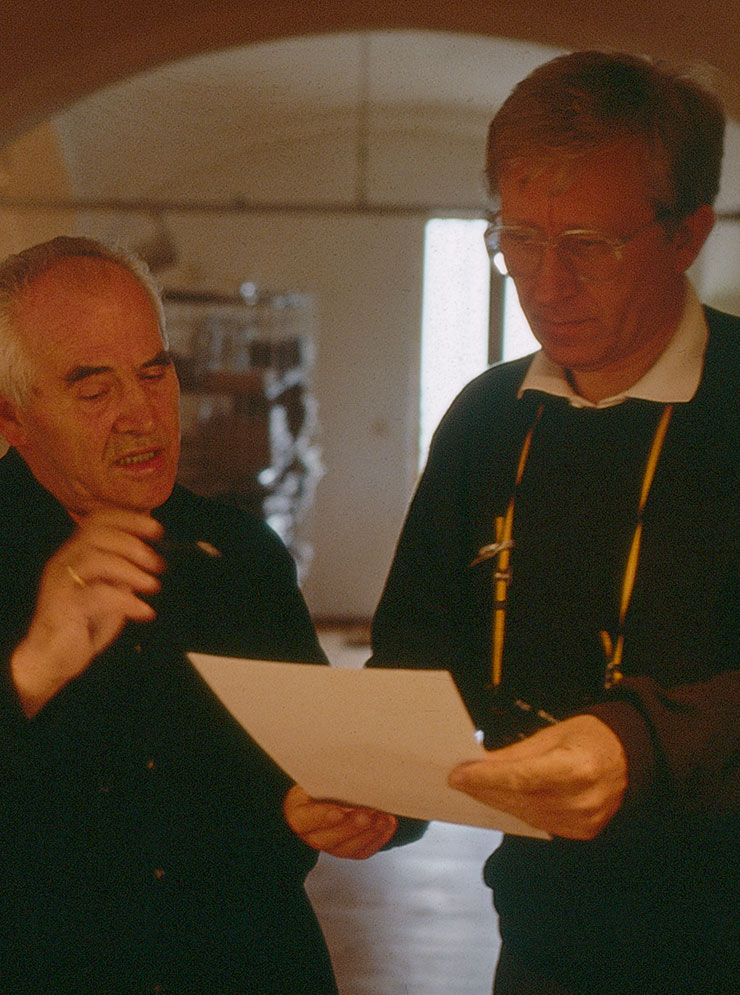 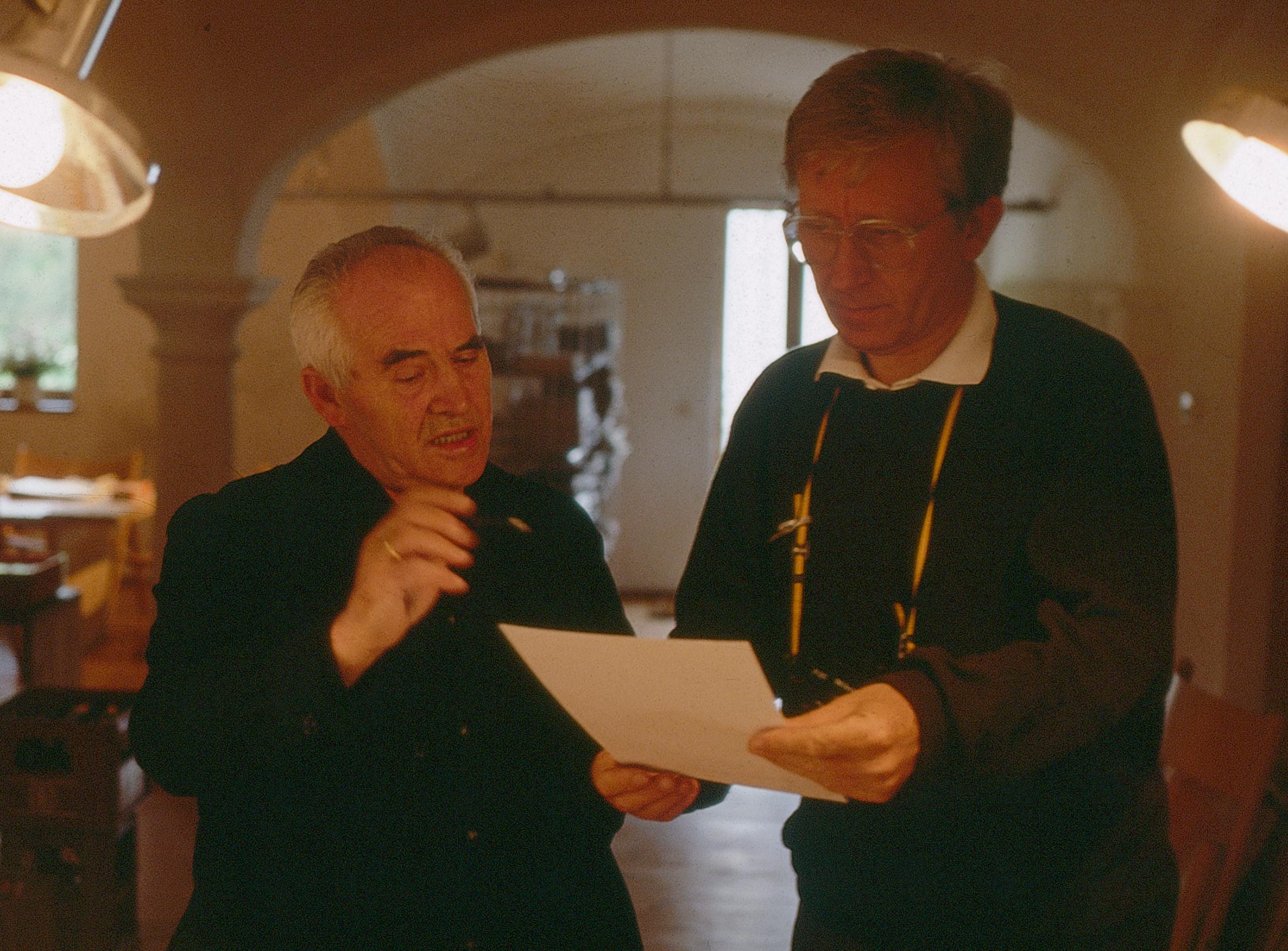 Interviewed: Jürgen Werner Braun on his collaboration with Otl Aicher

END_OF_DOCUMENT_TOKEN_TO_BE_REPLACED 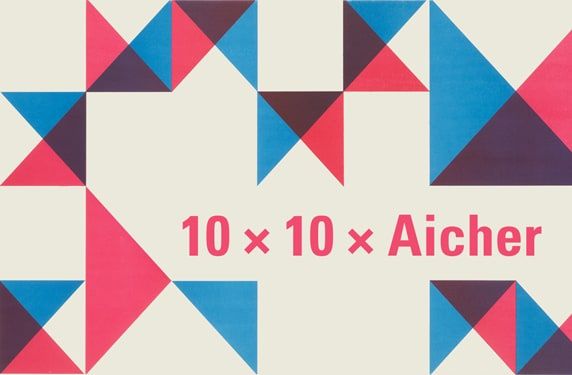 Searching for traces: More than 30 years after Aichers death, his oeuvre will be remeasured. The small gallery of things displays furniture, photos, quotes and sketches. The unknown Aicher becomes visible.

END_OF_DOCUMENT_TOKEN_TO_BE_REPLACED 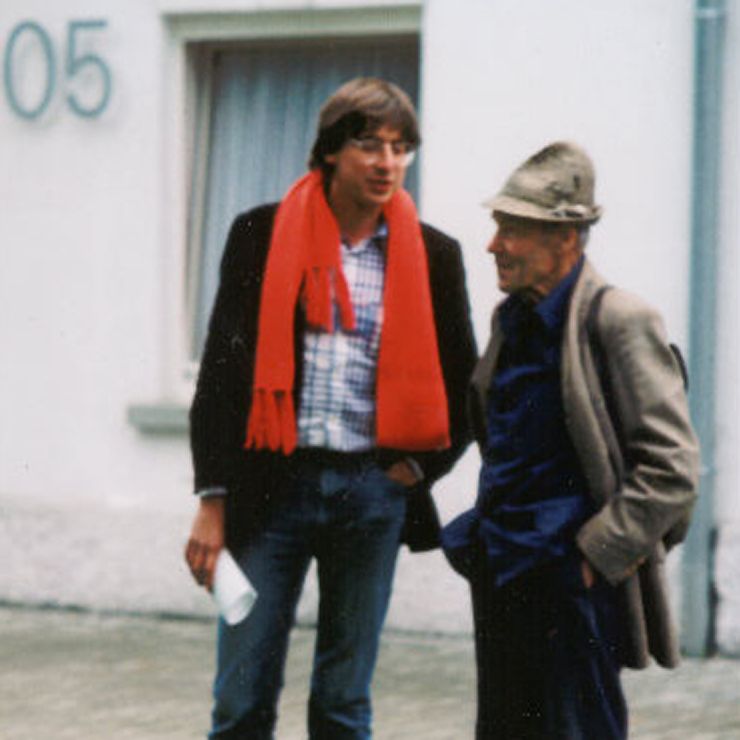 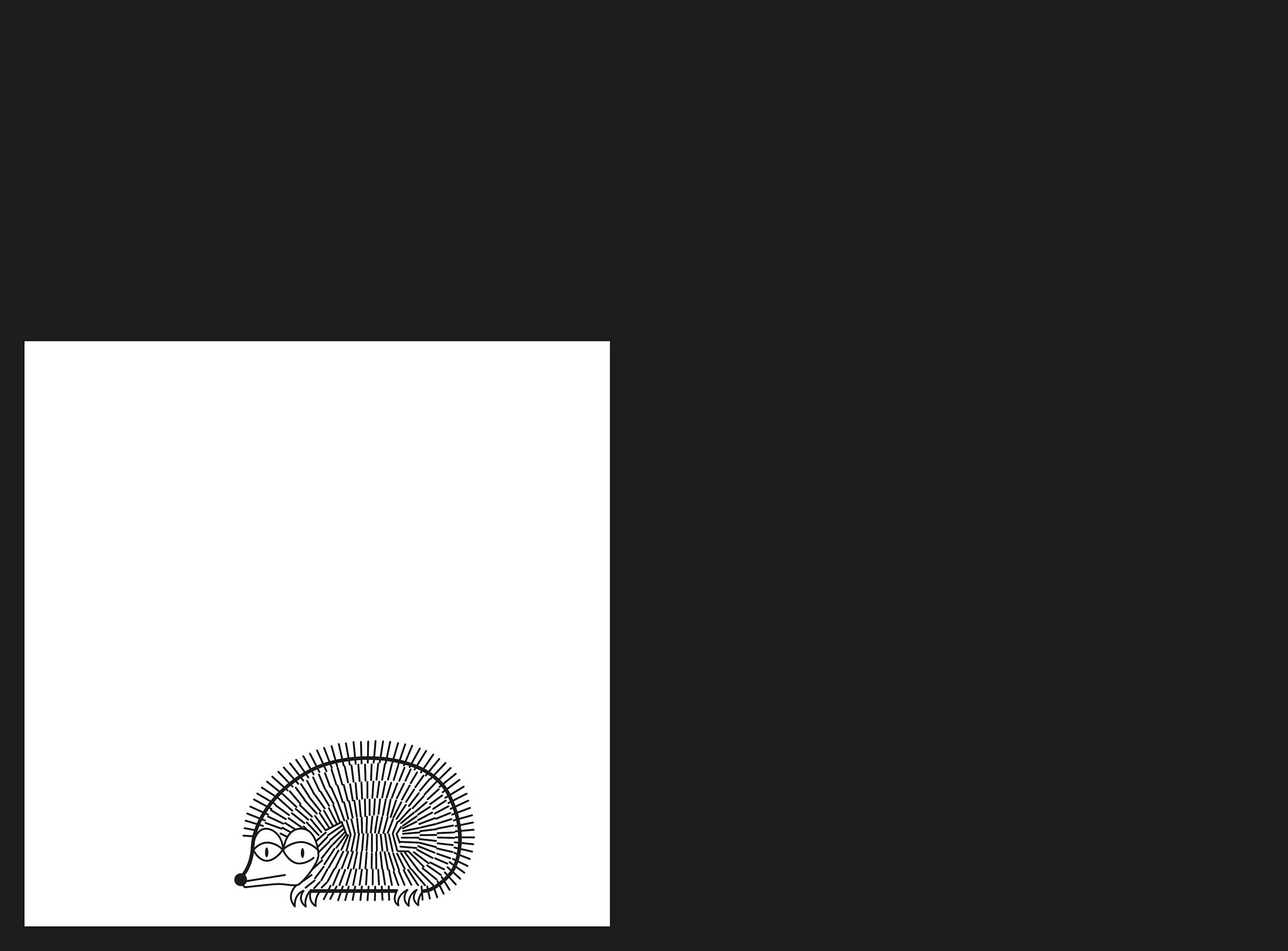 From O to R: Let's talk about a hedgehog, standardisation and neurotis for a change (please click on the letters).